Now a days it seems like everyone is debating what is, and is not, healthy.  Are eggs good or bad for you (good – they are a great source of bioavailable protein and nutrients), margarine or butter (butter – when made from organically grass-fed cattle it is an excellent source of omega-3 fatty acids and beneficial saturated fats; margarine on the other hand is chemically similar to certain plastics and was originally created to fatten up pigs), and should we drink coffee?  Fortunately, for us, grandmother’s old adage of “everything in moderation” has never been more appropriate.

Those opposed to drinking coffee often argue that, once metabolized, coffee becomes very acidic to our bodies.  This is true!  Our bodies are designed to maintain an average blood pH of 7.4.  When we consume foods that make our bodies more acidic (less than 7.4), our body is forced to compensate by pulling alkylating minerals from other tissues in the body.  This includes our bones, and it is this chronic balancing act that can lead to conditions such as osteoporosis (very few people are clinically calcium deficient).  Research also shows us that cancer cells thrive in an environment that is acidic (they also feed on sugar, which further promotes acidity in the body), and can often be reduced by eating foods that are alkaline in nature (such as fresh greens).

On the other hand, there is also a growing body of research that suggest drinking coffee can have a very positive impact on one’s health.  Not only has coffee historically been touted as a strong anti-oxidant, but has recently been proven to jump-start our metabolism when consumed prior to strenuous exercise.  When drank in moderation, the caffeine in coffee can also act as a headache suppressant.  The concern here is, that when consumed in large amounts, a person can often become addicted to caffeine.  This addiction can in turn lead to symptoms of withdraw, such as tremors and headaches.  So, as Grandmother and I said before, everything in moderation!

With that being said, it is important to point out a few points about drinking/brewing coffee: 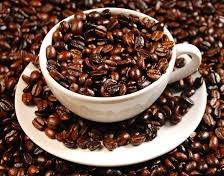 Combine all ingredients and blend until smooth.  Store in refrigerator for up to one week. 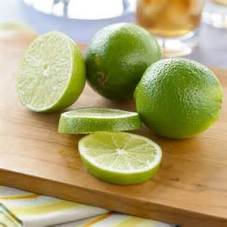 Although many people think of limes as the lemons unwanted cousin, there truly is an inherent value in incorporating more limes into your daily diet. Like most citrus fruits, the lime is a significant source of Vitamin-C, providing nearly 32 percent of your recommended dietary allowance. Vitamin C is considered the “grandfather” of antioxidants, helping to boost immunity and limit inflammatory causing free-radicals in the body. Vitamin C is also essential to the development and repair of soft tissues such as muscle and cartilage. Other antioxidants provided by limes include Vitamin A and Vitamin E.

Limes also provide vitamins and minerals that are essential in supporting, and developing, healthy and strong bones. These include low levels of calcium, phosphorous, magnesium, and vitamin K. In addition to helping with bone support, Magnesium plays a vital role in metabolism (ATP production), inflammation control, DNA repair, regulation of muscle spasms (including the gastrointestinal tract), and repairing connective tissue. Recent research has even shown that magnesium deficiency has a high correlation to artery plaqueing, and is a much greater risk factor than having elevated cholesterol levels.

When people think of coconuts they typically think of shredded sweetened flakes, macaroons, and pina coladas. However, as research continues to amass on the many benefits of coconuts (both health and non-health related), numerous products are starting to emerge and become easily accessible on the market. These products range from unsweetened coconut flakes to coconut water, oil, milk, sugar, and flour. Each of these products is very different, and can be utilized in its own unique and varying application. Coconut oil is a very stable, saturated fat, which makes it an ideal option for cooking. Due to its increased stability, coconut is the only oil that will not oxidize under heat, meaning no free-radicals are formed. Contrary to popular belief, traditional forms of saturated fat are actually heart healthy, and are an essential component of cell walls. The inflammation associated with omega-6 rich “vegetable oils” is much more detrimental to our everyday health than saturated fats. Due to its ability to combat free-radicals, coconut oil is also highly valuable in combating skin damage when applied as a lotion.

People that are actively “dieting” may also like to know that coconut oil, and coconut water, consumption has been linked to improved weight loss. Not only is coconut oil rich in electrolytes, without the added sweeteners and artificial ingredients of many sports drinks, but it is an excellent source of medium chain fatty acids. MCFAs are typically smaller than long chain fatty acids, found in many common vegetable and seed oils, which makes them easier to absorb by our cells. MCFAs are typically easier to digest and are shunted directly to the liver where than can be instantly converted to energy. This conversion process gives your body the fuel it needs to function without causing a spike in insulin that is often associated with grains and sugar. Lastly, coconut oil has been found to be abundant in lauric acid, a form of MCFA that is present in breast milk and thought to be one of the main sources of its immune boosting ability. The list of benefits go on and on.

On a side note, while it is widely known that excess alcohol consumption is detrimental to your health, research suggests that individuals who consume no alcohol throughout life are likely to have higher levels of inflammation. So, responsibly and within moderation, feel free to put de lime in de coconut (with a little rum) and drink ‘em bot’ up.

With winter upon us, and the cold wind knocking at our doors, it is safe to say that “soup season” is upon us.  While “soup” is unique in that there is so many varieties, ranging from chicken noodle and tomato, to gumbo and chowders, no “soup” is as hearty and fulfilling as chili.  Made properly, chili can be a highly nutritious, and relatively affordable meal. 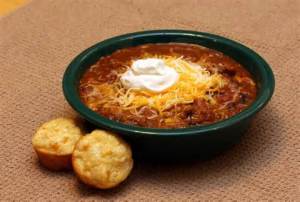 The average chili contains: Beans (which while slightly inflammatory, contain a large amount of fiber that is both Gastro- and Heart Healthy), Ground Beef (which if organic and grass-fed, contains a significant amount of anti-inflammatory Omega-3’s, and CLA fatty acids, that significantly help to reduce the risk of chronic disease, including heart disease, cancer, and Alzheimer’s), Tomatoes (which help to combat prostate cancer with Lycopene), and perhaps the most important aspect of chili, the seasonings (cumin, garlic powder, onion powder, red pepper flakes, and chili powder).

While it is easier to simply go to the local grocery store and buy a packet of pre-made chili seasoning, making your own mix can not only save you a few pennies, but can also spare you the “natural flavors,” additives (like hydrolyzed yeast – think MSG), anti-caking agents (like silicon dioxide), trans fats (partially hydrogenated soybean oil) and preservatives (like citric acid).  The recipe below works well for both chili and tacos, and can be adjusted to satisfy each individuals personal taste preference.

Combine all ingredients and mix thoroughly in an airtight container.

Add as much seasoning to chili base as you see fit.

Looking for a healthy alternative to those “candied yams” covered in brown sugar and marshmallows?  Try this healthier, yet delicious, alternative.  The following dish is loaded with good-for-you foods, including garlic (a strong anti-inflammatory that has been shown very effective in combating arthritis related pain) Cranberries (contain polyphenols, which may play a role in cardiovascular and immune system health), and Cinnamon (has been shown to safely reduce blood pressure and blood sugar levels.  It is also suggested that smelling cinnamon can boost your IQ level).